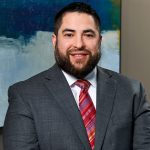 Robi in his own words

I am passionate about improving the lives of workers, which includes representing employees who were not paid lawful wages that they earned.

Sometimes I describe myself as having "blue collar" values with "white collar" opportunities. I believe that balance is critical to a properly functioning society. Workers are consistently in the inferior bargaining position compared to employers, especially large corporate entities. Workers sweat, bleed, ache, and toil, but are often little more than line items on a profit and loss ledger. While employers are typically able to deduct labor costs, the typical human employee gets no such savings.

Helping employees also levels the playing field among employers, by targeting illegal pay practices that give certain employers an unfair competitive advantage over employers that follow the rules.

With some exceptions, each and every worker deserves to be paid no less than the lawful minimum wage and one and one-half times their regular rate for hours worked in excess of 40 in a workweek. I have helped production and manufacturing workers, homecare providers, housekeepers and cleaners, oil and gas workers, tipped restaurant workers, just to name a few. I respect that my clients are working just as hard, if not harder, than me and I will do everything I can to ensure they are paid what they are lawfully owed.

Nilges Draher LLC works with employees who are facing challenges in the modern workplace, and we are proud to be a modern firm. Contact us and schedule your free case evaluation today.