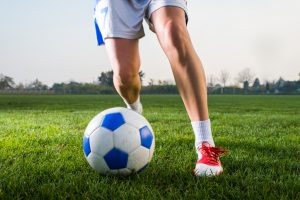 But the fight’s not over. The U.S. women’s national soccer team continues to pursue its class action lawsuit against the United States Soccer Federation, which employs both national soccer teams. According to an article published by The New York Times, the women’s team filed a gender discrimination lawsuit on March 8 in U.S. District Court in Los Angeles against the U.S. Soccer Federation.

By winning the World Cup earlier this month, players on the U.S. women’s national team will receive $200,000 each, according to an article published by CNBC. In contrast, if the men’s national soccer team had won the World Cup last year, each team member would have received $1.1 million apiece. Meanwhile, television ratings in the United States for the Women’s World Cup Final on July 7, 2019 were 22 percent higher than the ratings for last year’s Men’s World Cup Final, according to NBC News.

In addition, the amount paid to players on the men’s team is historically more than double the amount paid to players on the women’s team, according to the lawsuit filed March 8. Between March 19, 2013 and Dec. 31, 2016, members of the women’s national team earned a maximum of $4,950 per game for “friendly” (non-competitive) matches. In contrast, members of the men’s national team earned $13,166 per game for friendly matches. During the same time period, women’s players made $15,000 for making the team roster, compared to $55,000 for making the men’s team roster.

Meanwhile, the women’s team brings in more money for the U.S. Soccer Federation than the men’s team. Between 2016 and 2018, revenue generated from matches played by both teams totaled $50.8 million for the women’s team versus $49.9 million for the men’s team, according to an article published by the Detroit Free Press. In addition, the current U.S. women’s home jersey is the top-selling soccer jersey, men’s or women’s, ever sold in a single season by Nike, according to ESPN.com.

Taking a stand against wage inequality

“I think we’re done with: Are we worth it? Should we have equal pay? Is the market the same? Yada yada,” American midfielder and U.S. women’s team captain Megan Rapinoe said in an interview with The New York Times after the team won the World Cup on July 7, 2019. “We — all players, every player at this World Cup — put on the most incredible show that you could ever ask for. We can’t do anything more, to impress more, to be better ambassadors, to take on more, to play better, to do anything. It’s time to move that conversation forward to the next step.”

If you have experienced gender discrimination in the workplace, you deserve better. Talk to an experienced Ohio employment law attorney at Nilges Draher LLC. We can fight for your right to be treated fairly in the workplace. Contact our Ohio law firm today to learn more about your rights.