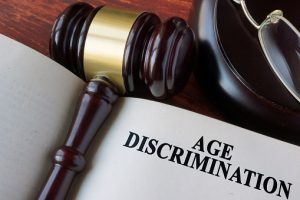 The population over the age of 65 is continuing to grow at a steady rate, according to the United States Census Bureau. By 2030, the entire baby boomer generation will be older than 65 years of age. By 2020, there is expected to be one retiree for every three working-age adults.

In Ohio, the average age of retirement is 63 years old. Some residents may not reach their full age of retirement until age 66 or 67. Others may choose to hold off on retirement for a few years after in order to receive larger social security payments.

Age discrimination in the workplace may deter older people from continuing employment, according to a study conducted by researchers at nonprofit organization Urban Institute.

Age discrimination is a growing problem

The study examined data from the Social Security Administration and National Institute on Aging and survey results from more than 2,000 full-time workers over age 50 who were with the same company for at least five years.

The findings of the study showed that workers over age 50 involuntarily ended employment due to:

Only 10 percent of those who were forced to end their employment involuntarily were able to find the same level of employment or wages. Overall, workers over age 50 who ended their employment involuntarily had a lower household income by age 65 than those who didn’t. The median household income among all respondents before employer-related job separation was more than $93,000. After ending employment, the average dropped to nearly $55,000 – a 42 percent decrease.

Additionally, nearly 40 percent of retirees in 2014 were reportedly forced to end their employment – which marked a 26 percent increase since 1998 and a slight decrease from 2012.

As outlined in the Age Discrimination in Employment Act of 1967 (ADEA), it is unlawful for employers to discriminate against workers ages 40 and up and discrimination based on any age against anyone eligible to work in the US is illegal.

Our attorneys will fight to uphold your rights

If you believe your job or position was compromised or if you were denied employment due to your age, you have rights that should be upheld. An experienced Ohio employment law attorney will gladly investigate and work to build a strong discrimination case.

At Nilges Draher LLC, we know where to look for evidence of discrimination and will leave no stone unturned in the process. It’s critical that you act fast. In Ohio, the deadline to file your claim is 180 days. Contact us today to get started.