The EEOC nullifies its policy statement against mandatory workplace arbitration 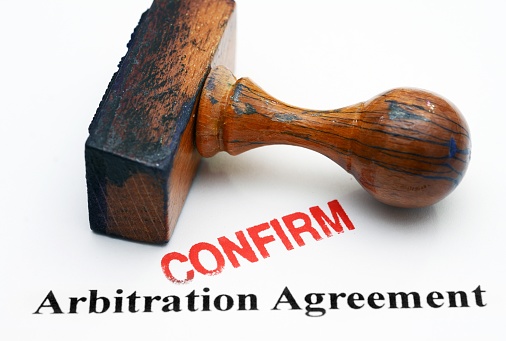 The U.S. Equal Employment Opportunity Commission (EEOC) issued a policy statement in 1997 called Mandatory Binding Arbitration of Employment Discrimination Disputes as a Condition of Employment. The policy statement strongly opposed mandatory arbitration agreements in the workplace. It asserted that it "harms both the individual civil rights claimant and the public interest in eradicating discrimination. "

The EEOC concluded that arbitration agreements avert the enforcement of federal laws against workplace discrimination. They also prevent the courts from properly interpreting the laws and protecting workers. On December 17, 2019, the EEOC nullified its policy statement due to conflict with current arbitration laws.

In 2001, the U.S. Supreme Court ruled that employment arbitration was enforceable under the Federal Arbitration Act — which was signed into law by President Calvin Coolidge in 1925. The law allows businesses and organizations to privatize disputes involving discrimination.

The 2001 case — Circuit City Stores v. Adams, 532 U.S. 105 — involved an employee who was hired as a sales counselor for Circuit City. Under the company's terms of employment, the employment application included a provision requiring that all disputes be settled internally by arbitration.

In 1997, the employee filed a workplace discrimination suit against Circuit City, citing California state employment law violations. Circuit City took matters to the Federal District Court. The Court found that the arbitration agreement between the employee and employer was outlined in the job application.

Do I still have legal options if I experienced workplace discrimination?

Despite rescinding its policy statement, the EEOC stated that they continue to be "fully available to employees as an avenue to assert EEO rights and to investigate in the public interest, regardless of whether the parties have entered into an enforceable arbitration agreement."

If you have experienced workplace discrimination due to race, gender, religion, age, ethnicity, or gender, it's critical that you take legal action. If you're seeking employment, the legal team at Nilges Draher LLC suggests reviewing all provisions on your job application. Even if you have entered into an arbitration agreement, you may still have legal options.

Contact our law firm to find out how we can help you. We offer free consultations. We also operate on a contingency fee basis, which means you don't pay us unless we win your case.