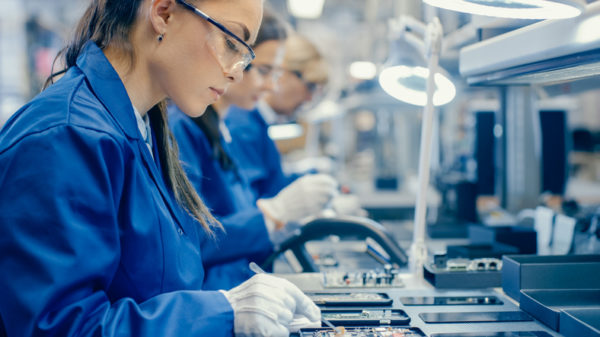 Ford Motor Company is being sued by the federal government over alleged discrimination against a pregnant woman.

In the U.S., it is illegal to discriminate against people based on their sex, including pregnancy. Pregnant women are protected under the Civil Rights Act and the Pregnancy Discrimination Act amendment.

When discrimination happens in the workplace, employees need to understand their right to fight back. Anti-discrimination lawyers break down barriers that cut people off from the full benefit of their individual hard work and economy.

The lawsuit against Ford was filed by the U.S. Equal Employment Opportunity Commission (EEOC). According to the EEOC, in 2019 a Chicago woman was allegedly denied work at a stamping plant in Illinois once she revealed she was pregnant.

The woman had a conditional job offer, the EEOC says, but first, she had to pass a physical exam along with a drug test and background check. During her physical, she told a Ford physician she was pregnant. The EEOC alleges that the doctor cleared her for work, but Ford never scheduled her first day on the job.

The woman called Ford multiple times for weeks to find out when she would begin work. She was allegedly given a variety of excuses until she was told Ford is no longer hiring.

The EEOC says attempts to reach a pre-lawsuit settlement with Ford did not succeed. The commission is seeking back pay as well as compensatory and punitive damages and injunction relief.

Discrimination is illegal but can sometimes be difficult to identify and complicated to prove. People who behave terribly often attempt to hide their actions. And too often, they have no reservations about bullying others into covering for them.

The discriminations attorneys at Nilges Draher LLC have years of experience fighting unjust treatment of individuals. We understand the tricks and strategies people use to obscure discrimination against others based on:

We know how to bust through the obstacles and drill down to the truth. We build strong cases that force companies to take your claim seriously. Our attorneys fight for what is right. We don't back down. If you have suffered from workplace discrimination, we want to talk to you to see how we can help.

Examples of job-related discrimination may include:

Learn how we can protect your rights

At Nilges Draher LLC, our employment attorneys have years of experience representing people who have been discriminated against at work. That's why we know how to build strong, compelling cases and why we have such a strong track record of delivering justice to our clients.

Find out how our law firm can help you and contact us today to schedule a free case evaluation with an experienced Ohio discrimination lawyer. We serve clients nationwide and have three offices located in Cleveland, Columbus, and Massillon, Ohio. We would be honored to speak to you about your potential legal case.