How Managers and Coworkers Contribute to Workplace Inequities 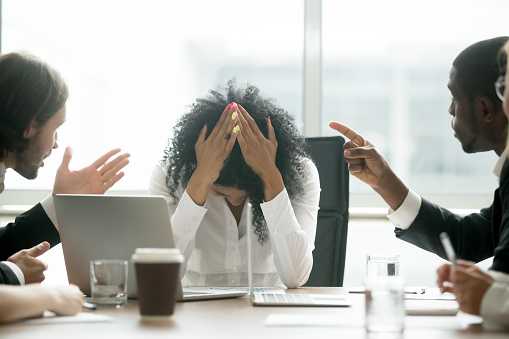 Discrimination is subtle and pervasive in many companies

Every employee has the right to a workplace free from unlawful discrimination and harassment on the basis of sex, gender, race, ethnicity, religion, and other protected characteristics.

Unfortunately, for too many employees in Ohio and across the nation, that’s not the case. Sometimes, discrimination is blatant, but in many cases, it’s subtle differences in how employees are treated that can have a significant effect on their careers.

A closer look at unfairness in the workplace

Coqual, a nonprofit think tank, recently investigated how managers’ and colleagues’ behavior contributes to discrimination in the workplace. According to the study:

Again, little of what’s in the Coqual study rises to the level of blatant discrimination. The study didn’t ask whether people were fired, demoted, or passed over for promotion on the basis of their race, gender, or sexual orientation.

However, these relatively subtle behaviors in the workplace can lead to real career consequences for the professionals on the receiving end. Someone who is given less interesting or difficult assignments, for example, may end up being passed over for a promotion or raise because the more prestigious assignments went to a colleague who then got promoted on the basis of their work on that process.

Likewise, an employee who is micromanaged could end up seeing “requires too much attention” or “doesn’t work independently” in their performance review, even if that’s because of their manager’s biases rather than their actual quality of work.

“Individuals have the power to shape each other's daily experiences at work. We often leave a leader or a team, not a company, based on unfair treatment,” said Coqual executive vice president Julia Taylor Kennedy.

Likewise, the research found that managers who model inclusivity can create more inclusive and supportive teams.

Nevertheless, from a legal perspective, this dynamic does not absolve the company as a whole of liability. Employers are responsible for cultivating a work environment free from unlawful discrimination and addressing any discrimination or harassment that happens under their watch.

Even if it’s a middle manager who is the immediate source of the discrimination, upper management, and human resources need to intervene promptly and appropriately to shut it down. If an organization’s leaders let discrimination fester, they are legally responsible for the consequences.

If you believe that your employer has discriminated against you on the basis of race, ethnicity, sex, gender, sexual orientation, or any other protected characteristic, contact us. Our discrimination lawyers know how to help. We have offices conveniently located in Columbus, Cleveland, and North Canton. Contact us for a free, confidential consultation with an Ohio workplace discrimination attorney.