Can nondisclosure agreements prevent victims of workplace sexual harassment from speaking out? 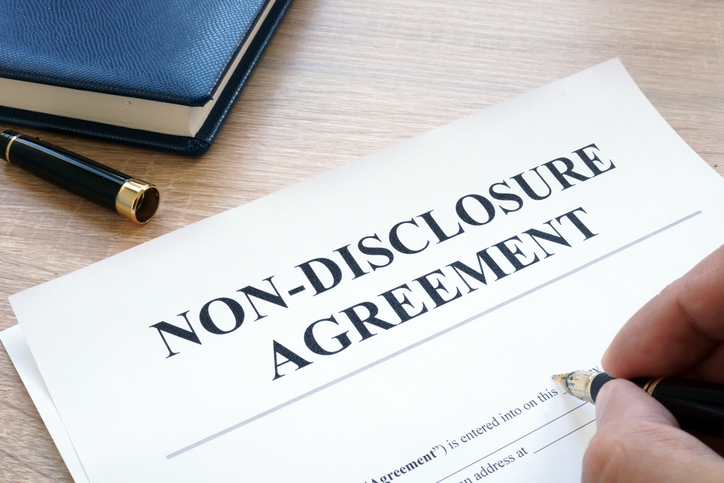 NBC Universal recently announced that it will release former employees from a nondisclosure agreement that required them to remain silent about their experiences working for the company, according to Vox. Unfortunately, this legal agreement also applied to sexual harassment.

The decision to do so only comes after the company was scrutinized for its approach to handling sexual harassment and misconduct allegations against Today show host Matt Lauer.

In a statement aired on MSNBC's The Rachel Maddow Show, an NBC spokesperson said:

“Any former NBC News employee who believes they cannot disclose their experience with sexual harassment as a result of a confidentiality or nondisparagement provision in their separation agreement should contact NBCUniversal and we will release them from that perceived obligation.”

The woman who filed the complaint against Lauer revealed shocking details of the incident in a book recently released by journalist Ronan Farrow entitled Catch and Kill. In the book, the woman reveals for the first time that she was raped in a hotel room by Lauer while covering the 2014 Winter Olympics in Sochi, Russia. Following the allegations, Lauer was fired from NBC in 2017.

“Accusations that people in positions of authority in this building may have been complicit in some way in shielding those guys from accountability, those accusations are very, very hard to stomach,” Maddow said on her show.

In order for women to disclose details regarding sexual harassment and misconduct, however, they must first obtain approval from the company's legal department. Tina Tchen, the incoming president and CEO of the Time's Up Organization sees this as a major barrier.

“There is no reason to place the burden on those who choose to speak to reveal themselves in advance to NBCUniversal. This is an example of the burdens that perpetuate fear and silence, no matter what new policies and trainings may say,” Tchen wrote in a statement.

Furthermore, NBC reportedly rejected calls to consult an outside law firm to launch an investigation into its handling of the Lauer and Weinstein scandals.

Critics of the NBC's decision assert that the company isn't doing enough to ensure that victims are heard. In a statement to Variety magazine, former NBC News anchor Linda Vester, who previously accused Tom Brokaw of sexual harassment, said, “NBCUniversal’s statement is not enough. The company should not make any former employee, specifically women, go begging on their hands and knees back to NBC to be released from an NDA. Women have already been through hell with this company.”

What are nondisclosure agreements?

The purpose of nondisclosure agreements is to protect trade secrets and other confidential information in many businesses and tech companies. They are designed to prevent former employees from sharing a company's secrets with another company or entity. In order to ensure that employees will comply with a nondisclosure agreement, employees are often required to sign a contract.

While protecting a company's secrets is crucial, nondisclosure agreements should never, under any circumstance, apply to incidents involving sexual harassment, sexual misconduct, or rape. The attorneys at Cleveland law firm Nilges Draher LLC applaud NBC's decision to release victims from nondisclosure agreements. There is no reason why victims should require the approval of a company's legal department in order to speak out or take action, however.

If you have experienced any kind of sexual harassment or misconduct on the job, we urge you to consult with an experienced attorney who can help you fight back. To schedule your free consultation, contact us online today.