Can you sue your boss over drug test privacy issues? 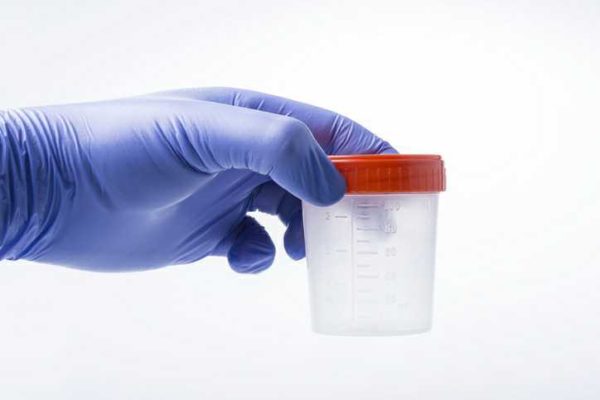 The Ohio Supreme Court recently ruled in a case revolving around privacy rights during employment drug screenings. Employers can now have someone watch when employees give urine samples.

The Supreme Court ruling stems from a case involving Donna Lundsford, whose concern for workplace privacy rights sparked an investigation by 19 News in June 2020.

"I was pretty upset, pretty horrified,” she told 19 News. "They have blatantly just said 'If you work in Ohio, we pretty much don’t care about you.'"

Direct observation during drug screening and invasion of privacy

Lundsford's lawsuit was against her former employer, Sterilite in Stark County. She worked there for more than 20 years. Lundsford claimed that the company supervisors began requiring employees to take drug tests under the direct observation method.

Direct observation was put in place to ensure that employees don't cheat on drug tests. It involves observation from the technician administering the drug test while an employee gives a urine sample.

“The court has ruled that that was an acceptable method by Sterilite,” said Lundsford's attorney. “In other words, you have to check your dignity at the door.”

“It could happen to anyone at any time if you are an employee in Ohio,” Lundsford added.

Initially, the trial judge involved in the case ruled against Lundsford. The case was later sent to the Ohio Supreme Court after a unanimous decision by three appellate court judges. Only six judges ruled in favor of Lundsford.

Lundsford has not yet given up. She recently started a GoFundMe page to raise money to file a motion for reconsideration. Her attorney believes that this action could potentially turn things around.

“The legislature could see this decision, realize that six out of 11 judges saw it the other way, and fix it! Because you can pass laws that prohibit this kind of conduct,” he said.

Several Ohio lawmakers were asked if they'd consider proposing legislation against direct observation during drug screenings. At least three lawmakers said they would consider doing so. These lawmakers include:

“I agree with the dissenting opinion from our Supreme Court members. I am appalled by this kind of invasive drug testing procedure that really violates a person’s bodily privacy, and at the same time, seems to humiliate employees and could create a hostile work environment. At the very least, if a company is using these types of methods, employees need to be informed before the test is administered. Now that this has come to my attention, I will be researching further into this form of employee drug testing and may sponsor legislation banning it.”

“The Ohio Supreme Court’s 4-3 ruling failed to set a bare minimum standard for working people when it comes to privacy. Ohioans should be respected and assured of the dignity of their work. Yet like so many of our state’s institutions plagued by one-party rule, the Court came up short. I would be very interested in reviewing and potentially supporting legislation that might come forward from this decision so that we can put workers first.”

“The state of Ohio needs to have legislation that will allow employers to test employees for drugs, with the employees dignity intact. Getting undressed in front of a stranger can cause unnecessary trauma to an employee. One idea I have that needs to be vetted would include, the employee removing all clothes and only wearing a medical gown while taking the drug test (urinating). This process will allow private urination and reduce the possibility of fake or another non-employee urine to be used. If Ohio wants our job force to increase than all employees must be able to work with dignity and not in fear of losing their job.”

The Ohio employment law attorneys at Nilges Draher LLC will be following this issue and hope to see legislation that protects the privacy of Ohio employees.

If you are facing any legal challenges pertaining to your employer, our attorneys can help. We handle cases involving wrongful termination, discrimination, harassment, wage law, medical leave and other employment law issues.

We serve clients across Ohio and the United States. To schedule your free legal consultation, contact us online.