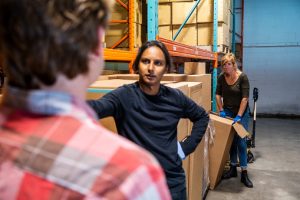 Democratic lawmakers have introduced legislation that could strengthen protections against workplace harassment.

What protections will the “Be Heard Act” provide?

Despite civil rights laws enforced by the U.S. Equal Employment Opportunity Commission (EEOC), many employers continue to get away with violating workers’ rights.

According to Murray, the bill “will empower workers to come forward by providing new resources and support and it will safeguard existing anti-discrimination laws while expanding protections to make it clear that all workers — all workers — are protected under our civil rights laws.”

In addition to protecting workers from harassment, the “Be Heard Act” would:

In addition to protections against workplace harassment, the committee recommended that the bill include provisions to:

Murray met with representatives from 17 industries with the highest percentages of harassment charges filed with the U.S. Equal Employment Opportunity Commission throughout the past decade. The top five include:

“We are balancing the scale that has been tipped toward the wealthy, the well-connected and the powerful for far too long. The Be Heard Act will put long-overdue protections and accountability into law and remove barriers to justice,” Clark said.

Many workers hesitated to report harassment to their employer or the Equal Employment Opportunity Commission due to fear of retaliation, including:

In addition, many workers don’t file harassment complaints because they simply don’t know their rights are what course of action to take. Some have a distrust in the system. That’s why if you have faced harassment of any kind on the job, it’s crucial that you act.

The Ohio employment attorneys at Nilges Draher LLC represent workers who are victims of workplace harassment, as well as retaliation. To find out how we can help, contact us today.