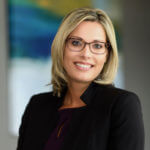 Shannon in her own words

Ever since I was a child, I wanted to be a lawyer. After graduating from law school, I was blessed to work at one of the best law firms in the world. There, I had top-notch training and was mentored by some of the best lawyers I know. After a few years there, my child-like passion for the law dwindled. I moved to other prestigious law firms, yet nothing re-lit the spark I had as a child.

That passion finally returned when I decided to represent a group of workers who were denied overtime pay. I fell in love with the law again. I felt a strong desire and motivation to help workers.  Up until that time, I had spent my career defending "Goliath".  I was now representing the "David's" of the world - and I was never going to look back.

After that case, my law partner Hans Nilges and I decided we were going to commit our careers to standing up for workers' rights.  Since making that decision, I have represented thousands of workers.

I focus my practice on recovering unpaid overtime and minimum wages for workers.  I have litigated wage and hour class actions and collective actions across the nation. I am proud to say that in five short years, I have helped thousands of workers recover over $50 million in unpaid wages.

You have rights as an employee, and I would be honored to talk to you about your legal options. Contact us and schedule your free case evaluation today.