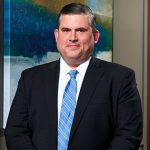 Jeffrey in his own words

I developed an interest in employment law after working as a human resources professional at a large manufacturing company. Because of that interest, I decided to attend law school and become an employment attorney.

After graduating from law school with high honors, I went to work for the largest employment law firm in the world, where I had the opportunity to litigate cases under a number of employment laws, including the Ohio and Federal Civil Rights Acts, Family and Medical Leave Act, Americans with Disabilities Act, and other state and federal labor and employment laws.

After spending nearly a decade representing employers, I made the decision to join the team at Nilges Draher LLC because of their stellar reputation in the legal community and innovative approach to litigation. Most importantly, joining the team at Nilges Draher has given me the opportunity to use my experience and knowledge to help vindicate the rights of employees who have been mistreated in the workplace.

I welcome the opportunity to learn about your case to determine the best strategy for resolving any issues you have had with your employer, whether that be through litigation, mediation, or by other methods. Schedule your free case evaluation today.