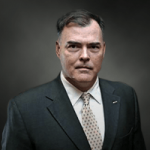 Allen Vaught is a licensed attorney with over two decades practicing in Texas. He has significant state and federal civil litigation experience, including numerous jury trials and bench trials. He primarily represents employees who are not paid all wages they are owed by their employers. Vaught has won every wage and hour case that he has taken to trial. In 2017, he was credited with obtaining the 12th highest settlement in Texas out of all cases, including non-employment cases, relative to a $3,758,851.41 settlement, exclusive of legal fees and costs, for oilfield workers.

Vaught served as a U.S. Army captain in Iraq from April 2003 until March 2004 and led the first Civil Affairs/PSYOPS team to enter Fallujah. After eventually being transferred to Sadr City, Vaught was injured by an IED. He was honorably discharged from the Army as a result of his injuries. Vaught’s awards include the Purple Heart, Combat Action Badge, and Order of the Spur. His unit also received the Valorous Unit Award for their Fallujah operations.